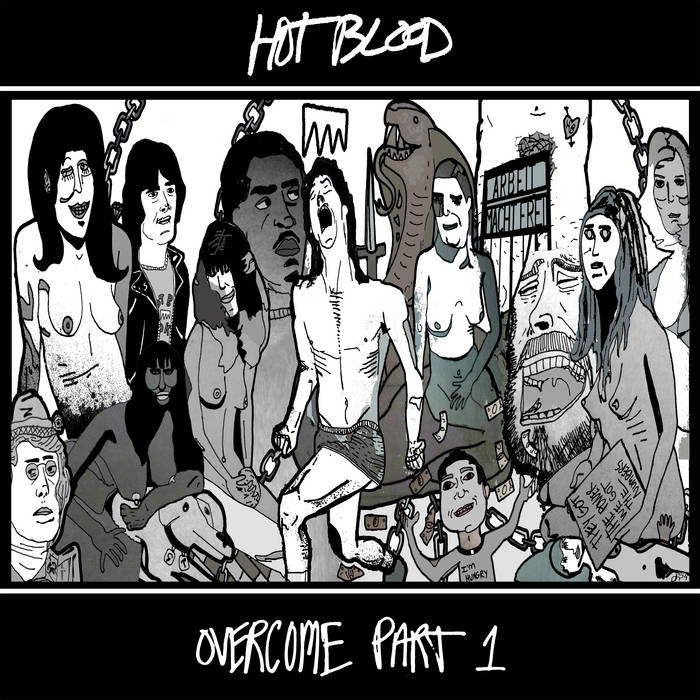 Zachary Morrison I originally discovered this band at a basement show. It was some kid's parents's house that i didn't know in the middle of suburbia, Holmdel, NJ, it was hot and not too many people were there. The vocalist's guitar was out of tune so he said fuck it and they played without it, the music was too loud and everybody was going batshit crazy. I instantly fell in love, and have listened to this whole piece probably about 8 times since then. Definitely something everybody should give a chance too. Favorite track: Rust.

Hot Blood was formed in Red Bank, New Jersey in 2013. Their first release NO KINGS was put out on Asbury Park based record label Little Dickman Records in April 2014. Hot Blood has opened for notable acts such as G.B.H., Andrew W.K., Night Birds, The Dickies, Biohazard. Hot Blood has also played showcases at SXSW with acts such as Dennis Lyxzen from REFUSED's new project INVSN. Hot Blood is one of New Jersey’s top punk acts despite being in existence for about 2 years. Their newest release OVERCOME PART 1 was recorded and produced by the Bouncing Souls Pete Steinkopf at Little Eden Studios in Asbury Park. The physical EP will be out on Little Dickman Records March 27th 2015 and a digital release from BASEMENT RECORDS on April 27th 2015. Hot Blood will be touring in support of OVERCOME PART 1 hitting the east coast and Canada in April 2015 with Asbury Park's The Battery Electric.

Bandcamp Daily  your guide to the world of Bandcamp

MF DOOM is given his flowers, plus appearances from MC Jada Imani and Stanley Ipkuss